From Spring until Fall, students from across the City gather at the Southernmost edge of Northlands to learn about and keep honeybees. Sponsored by the Prince’s Charities, the club has eight beehives on site and enough protective gear to keep stings to a minimum. Each week – weather permitted – we cover important beekeeping topics and perform our routine hive inspections.

The following is an account written by Jacob Tombs – one of our Youth Beekeepers.

Hi, my name is Jacob Tombs, I’m 14 years old and this year was my first year beekeeping. When I started bee club in May, I had no idea how to keep bees and now I feel confident that I could maintain some hives all by myself.  What I must thank for this is the Northlands Bee Club. The Northlands Bee Club is a group of young beekeepers that meets every Thursday from early May to early November (roughly one beekeeping season). Some people are completely new to the club (like me) and for others it was their second year, as Bee Club was only founded in 2016. Under the guidance of Dustin Bajer, we learned the basics of how to keep bees and some other interesting information on bees.

There are several reasons why bee club was very fun, useful and interesting. First, it is completely unique. As far as I know, there is no other group in the city of Edmonton that teaches young people how to keep bees. One of the things I really enjoyed, was how over the summer the bees built up. The hives started out small, only one or two boxes, and then by the fall some hives were up to six boxes high. I found it very satisfying to see the bees grow in number and in strength. Another thing that was awesome was the taste of the honey. Most of the honey you buy in the grocery store has a bland plain taste but, our honey had a lighter more interesting taste that comes from all the different species of flower in people’s gardens and in the river valley.

Another one of my favorite things about bee club was the field trips, we went on three throughout the time that bee club met. The first one was a trip to Beary Berry honey to see what a commercial beekeeping operation was like and to Alberta Nukes which makes nukes (mini hives that you get in the spring to create new hives) to learn about nuc hives.

Our second field trip was a walking tour of some of the hives in the downtown Edmonton area, we visited a hives at the Shaw ConferenceCentre and the Fairmont Hotel Macdonald and a protected tree because, Dustin happens to also be studying protected trees in Edmonton.

Beekeeper Patty Milligan leads a walking tour of some downtown Edmonton beehives at the Shaw Conference Centre and the Hotel Macdonald.

The last field trip, which was my favorite, was a trip to one of the NAIT labs where we studied bees under a microscope and dissected them. 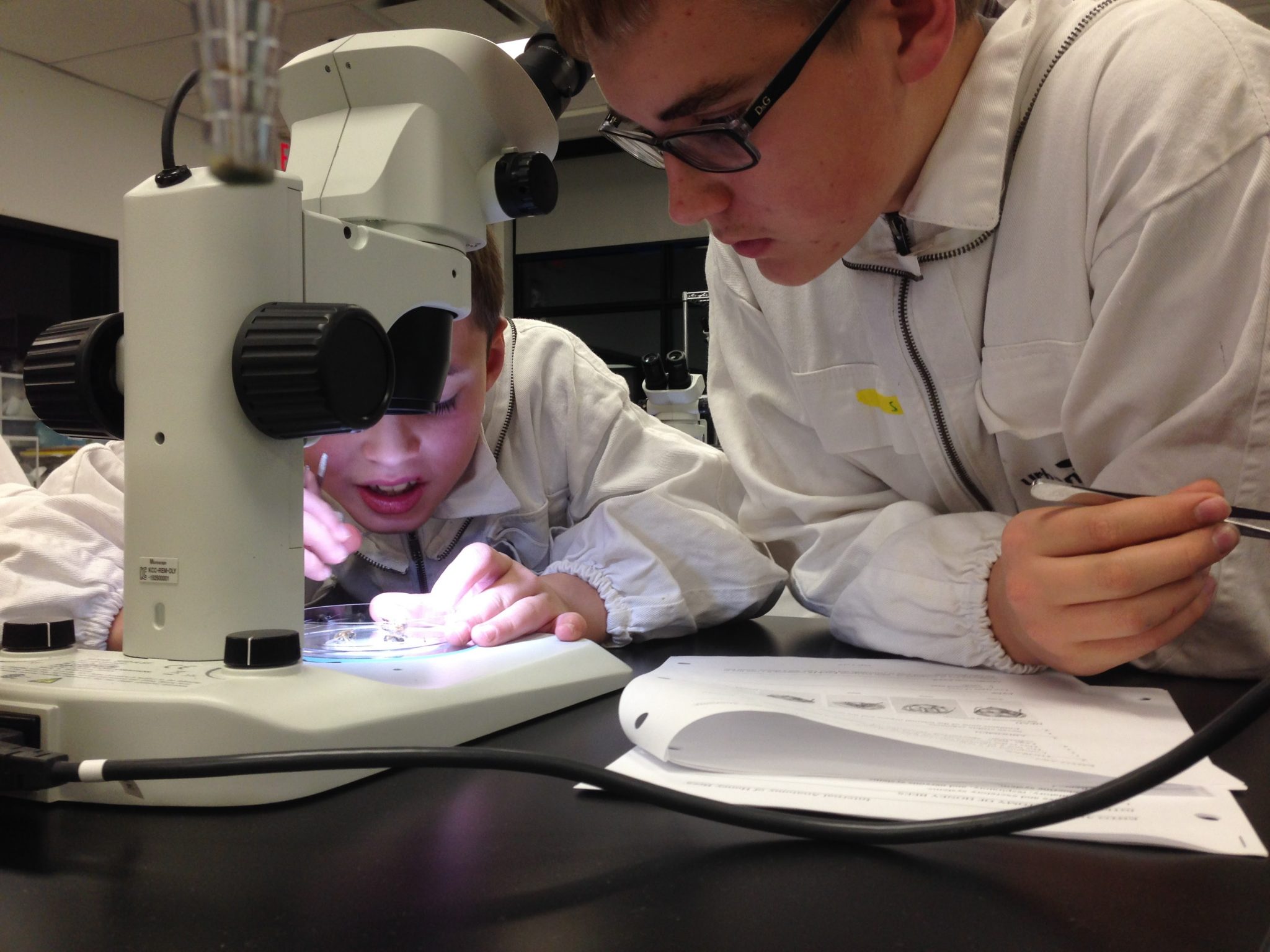 Finally, I met a lot of new people that had the same interests as me and I learned a lot of things that had absolutely nothing to do with beekeeping but, that were interesting all the same. For example, did you know that carrots flower on the second year after they are planted?

In conclusion, bee club is interesting, fun and useful if you ever want to keep bees and the club is (amazingly!) completely free!

Suspect That You Have a Swarm or Colony of Honeybees?

If you have a swarm of honeybees, text (780) two three five – zero two two three. If you are unsure that they’re honeybees, please take the quick quiz below.

Swarming is a natural honeybee behaviour and occurs when a colony splits itself in two. When a healthy hive gathers enough resources, the queen and two-thirds of her workers will leave in search of a new home. The remaining bees will raise a new queen and continue at the original site. Swarming is how one honeybee colony creates another.
END_OF_DOCUMENT_TOKEN_TO_BE_REPLACED

A Step-By-Step Guide To Beekeeping In Edmonton

If you’re thinking about keeping honeybees you’ve probably come across the City of Edmonton’s Urban Beekeeping Page. If so, you’ve read about four steps, city guidelines, swarm plans, PID numbers, and provincial agriculturalists. And if you’re like me, you’re probably a little confused, overwhelmed, and still unclear about what to do. Do not worry. For clarity, I’ve deconstructed and reassembled the Edmonton Beekeeping application process into a dozen baby-steps. By completing the following checklist, you’ll have everything you need to start beekeeping in Edmonton. END_OF_DOCUMENT_TOKEN_TO_BE_REPLACED

Beekeeping Tips I Wish I Had When I Started Keeping Bees

When it comes to keeping honeybees, there’s a lot of contradictory advice. There’s an old saying that if you ask 100 beekeepers a question, you’ll get 101 answers. A longtime beekeeper even told me that honeybees could not survive off of honey – so I’m not sure why they’re making so much of the stuff. So how do you cut through the noise to find the beekeeping tips and tricks that will work best for you? Careful research and some trial and error. Here are 11 beekeeping tips I’d give anyone interested in keeping bees: END_OF_DOCUMENT_TOKEN_TO_BE_REPLACED

I Review The Flow Hive

If you’re thinking about beekeeping for the first time, there’s a good chance that the Flow Hive has inspired you. But does it work? Is it worth the price?  Does it make keeping bees easier? Here’s my take.

The Flow Hive Is Not A New Hive Design

Each spring and fall, the John Janzen Nature Centre and I team up to offer beekeeping classes approved by the City of Edmonton.

This beekeeping course takes an ecological perspective and includes END_OF_DOCUMENT_TOKEN_TO_BE_REPLACED 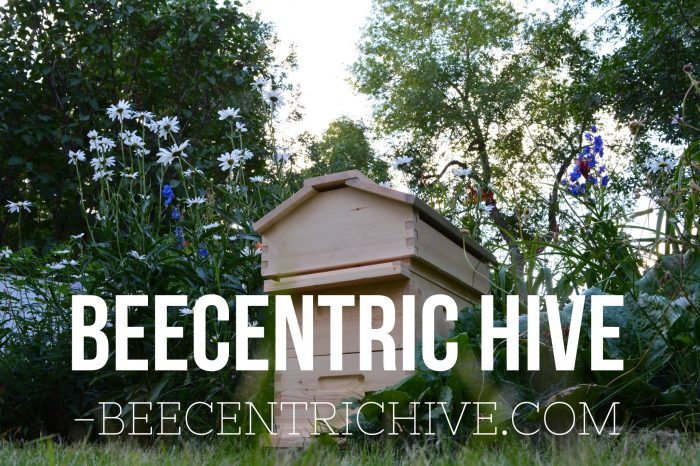 Order a Beecentric Hive for the 2020 Beekeeping Season

Reserve a hive by paying in full or placing a $50 deposit. Hive orders should be made before March 1st for early April pick up in Edmonton, Alberta. If you require shipping, request a shipping quote. Shipped hive boxes are unassembled to minimize the cost of shipping.

Useful for accepting deep frames from a nucleus ‘nuc’ colony.

So your neighbours have a honeybees. Now what? Should you be worried? Will you get stung? Can expect more fruit on my trees? FAQs about the hive next door: 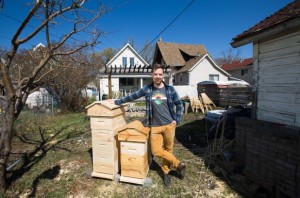 Are honeybees legal in the city?

Yes, honeybees are legal in Edmonton, though, they do need to be registered with the City and the Province. Here’s a link to the City of Edmonton’s Urban Beekeeping guidelines. Not from Edmonton? Try googling your city or town. END_OF_DOCUMENT_TOKEN_TO_BE_REPLACED 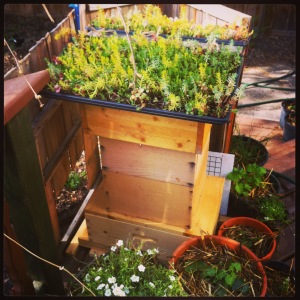 In the Summer of 2014, Edmonton rolled out the details of a new Edmonton Beekeeping pilot. Great news for would-be urban beekeepers! Though, before going into detail, let me preface this list with a quote from the Edmonton Journal and Mayor Don Iveson:

Since many cities already permit urban beekeeping, Mayor Don Iveson characterized the program as a “pilot” for functional reasons only, not just “dipping a toe in the water.” Projects will get the green light this summer, with administrators coming back to council next year with bylaw changes.